Scottsbluff, Gateway To The West

Scottsbluff, Nebraska. The sight of this noble earth and rock mass was a means for celebration to the early settlers moving west in the days of wagon trains. It as the sign that 2/3 of their journey was over. The Great Plains were behind them. The Old Oregon Trail they were on took them right through a gap in the bluffs.

Scott, the namesake, was a fur trader who was left behind by a group he had joined. Folks after him named it in his honor. He likely would have preferred another way to be remembered. Nonetheless, it is a very impressive sight. They allow hikers and bikers to ascend the road to the top prior to opening the road to traffic at 9 AM. We did that and it was great. 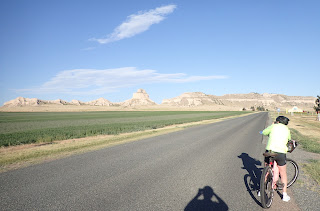 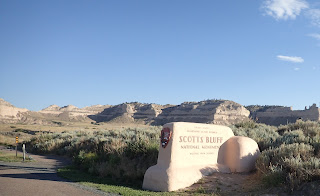 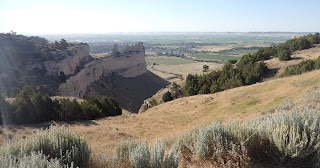 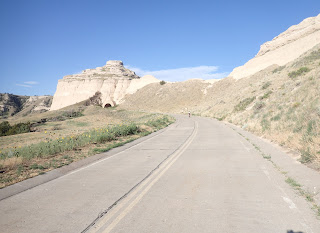 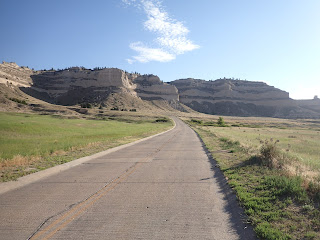