We took a “vacation” yesterday and drove from Cody up over Dead Indian Pass on the Chief Joseph Scenic Highway. We then connected to the Beartooth Scenic Highway which dropped us into Red Lodge, Montana. Both roads were spectacular with dizzying views and switchbacks, upgrades and downgrades. The Beartooth boasts one of the world’s longest stretches of alpine pavement running above the tree line. Simply stunning and photos will follow. Our vacation was leaving Vilia at our camp in Cody and spending a hotel overnight in Red Lodge. Named after a Crow Indian tepee that had been stained red with local red earth, Red Lodge started as a mail stop in 1884. Shortly after, coal was discovered then the railroad came and a building boom happened. Word came to Europe that mining jobs were plentiful and the influx arrived, bringing individuals who were gifted brick layers and masons. The coal lasted about three decades and the town started to decline. Local merchants lobbied DC to make their appeal that a highway be constructed up and over the Beartooth Mountains creating a scenic tourist attraction and providing access from town to Yellowstone, to the west. Herbert Hoover gave approval. Like so many of our roads, the highway follows what was an ancient game migration route which became a seasonal hunting and gathering route for early man. The highway worked as an attraction and Red Lodge once again began to thrive. Part of the result is the preservation of many of these wonderful old exhibits of architecture and masonry. We found the town impressive also for its apparent civic pride. Driving around the neighborhoods we noted that the vast majority of homes, simple or grand, were well cared for and landscaped. Today, Red Lodge offers winter skiing and the summertime is awash with motorcycles and rallies. The Beartooth Highway is a very favorite ride for those with big bikes.


Here are some pics of the buildings that line the main street. 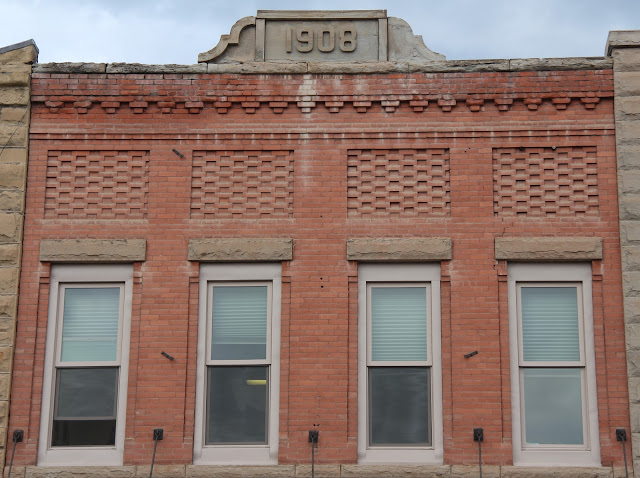 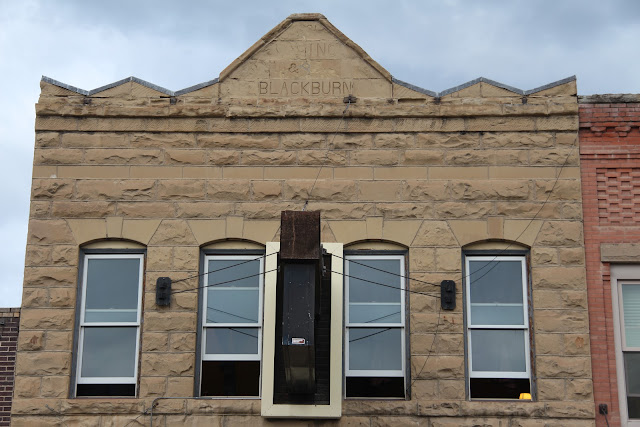 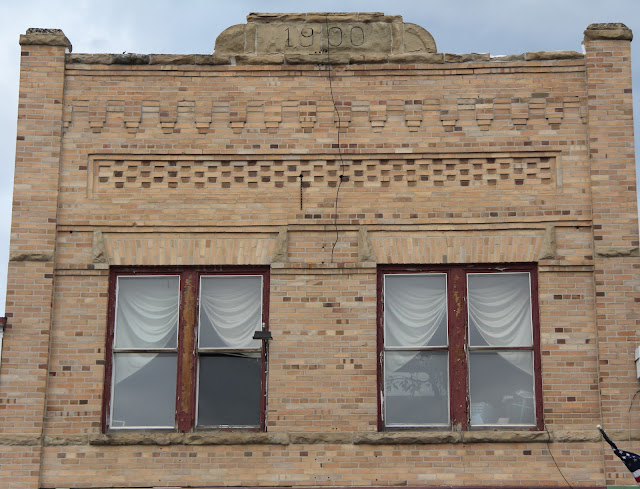 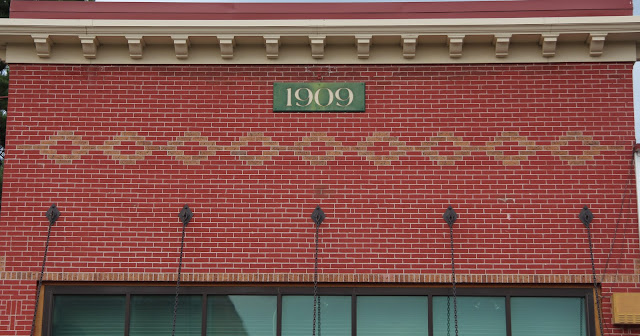 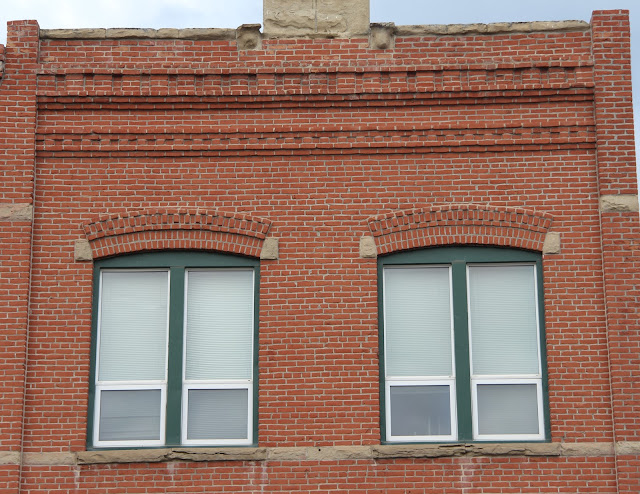 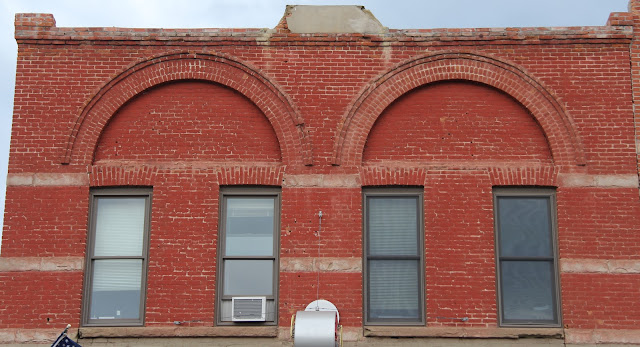 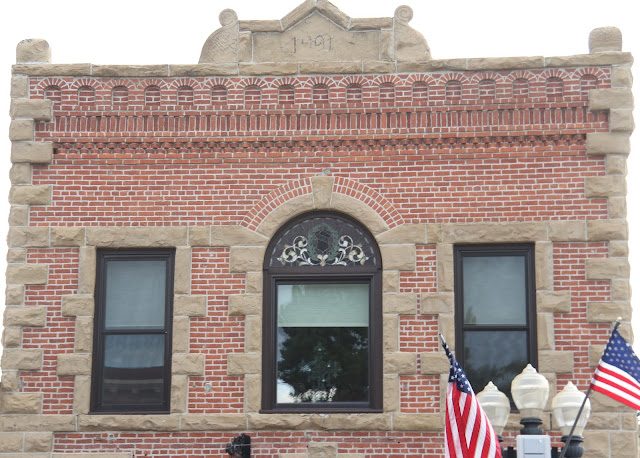 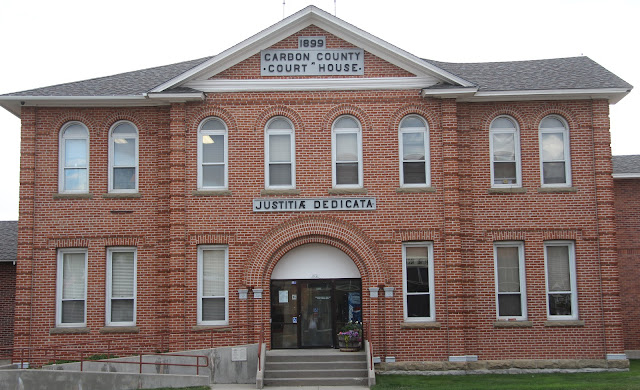 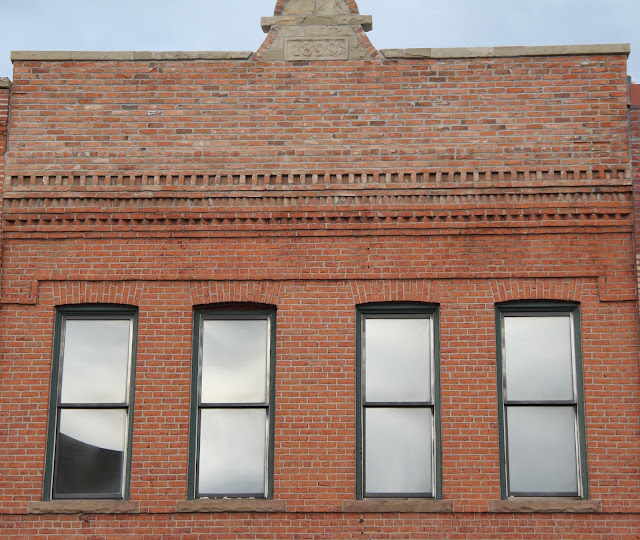 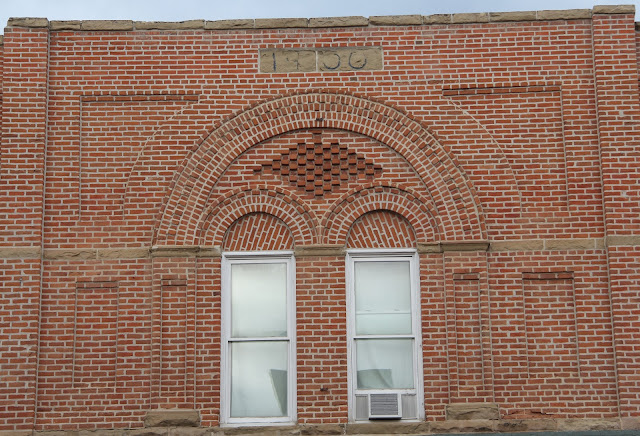 This one has the added touch of red hued mortar between the stones. 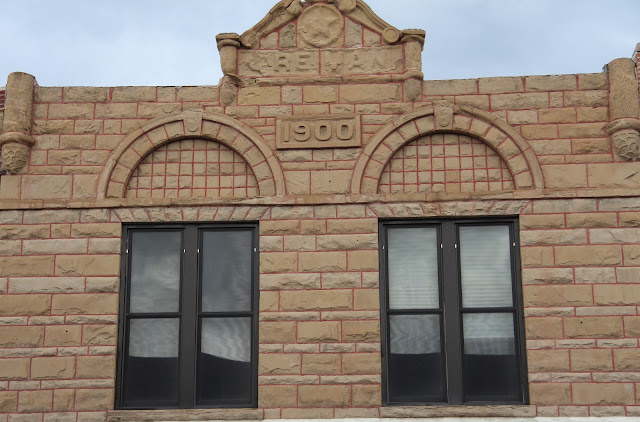 The historic marker of this old 1895 bank building noted that it was the object of a failed bank robbery attempt by The Sundance Kid. The Kid was arrested and jailed, but managed to escape. 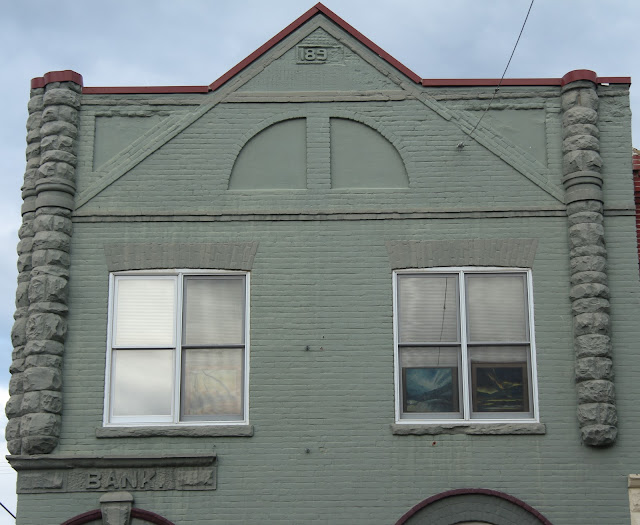 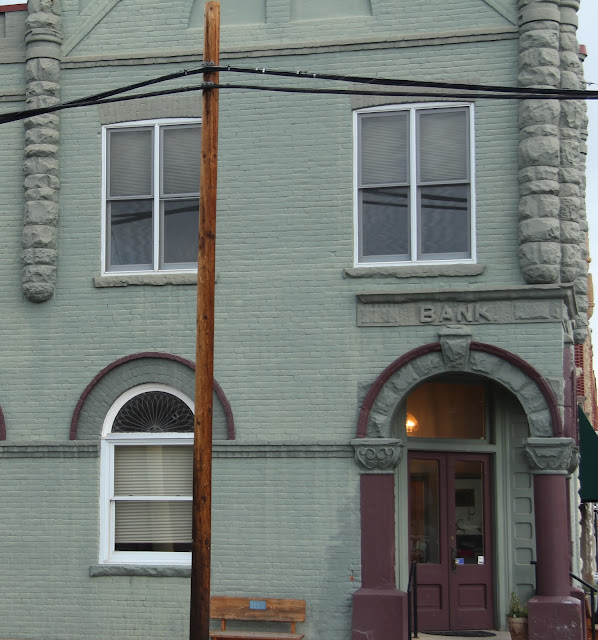