Creede, Colorado And The Wild West 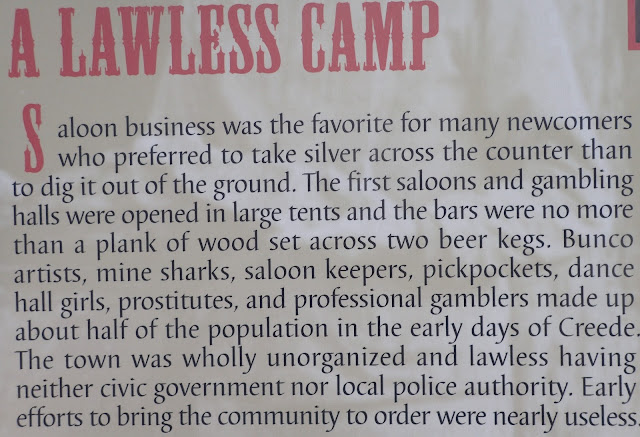 Creede was the last of Colorado’s silver towns.  With silver discovery the place grew to a population of 10,000 living in and doing business out of tents and ramshackle wood structures that were put up in one day. Bat Masterson hung out here and Robert Ford also. Ford’s claim to fame was killing Jesse James, shooting him in the back. From the old folk song about Jesse, “That dirty little coward who shot old Doc Howard has gone and laid poor Jesse in his grave.” 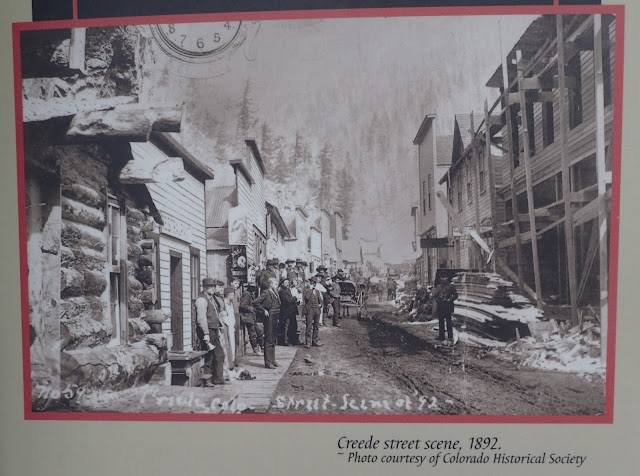 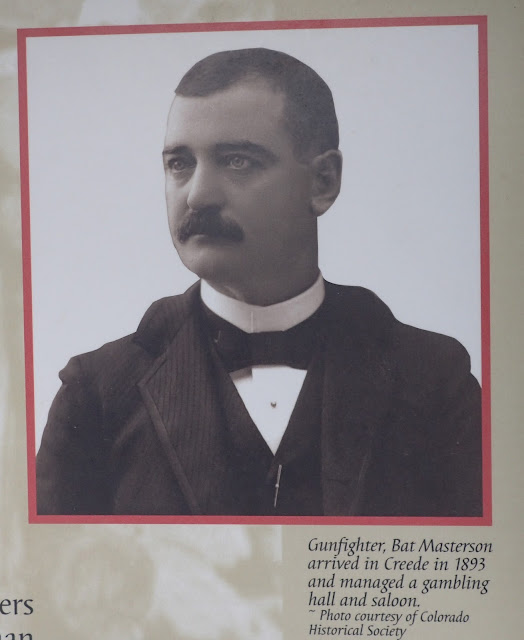 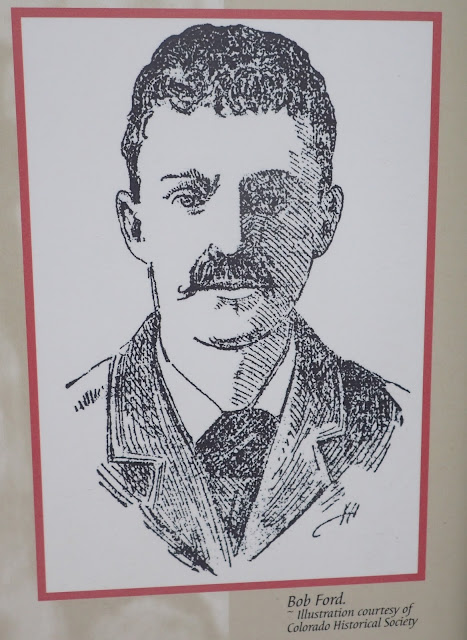 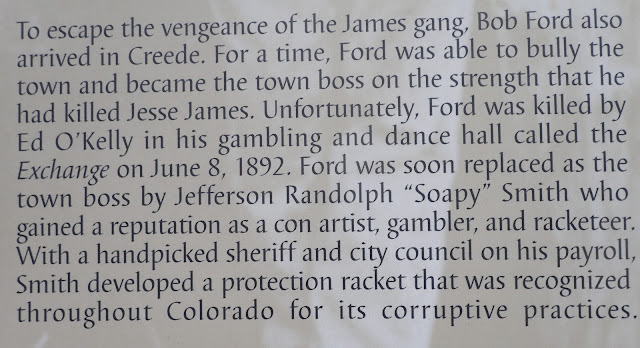 Hey Bartender, do you feel a draft? 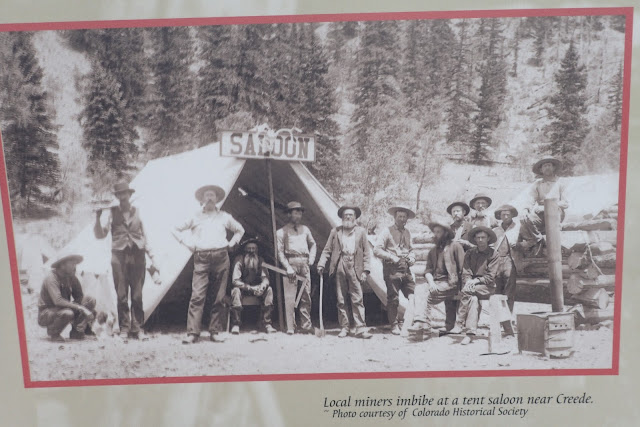 This is where the Rio Grande River’s headwaters are. Locally claimed as our country’s third longest river, Britannica says it is number five. Local pride, I guess. Our campground is on the banks of a section of it. It is a clear running beauty at this part of its journey. It grows in flow quickly thanks to tributaries from the mountains that encircle this area. We saw The Rio Grande down in Texas when we were at Big Bend. There, it is a silt laden border with Mexico and a less impressive river. Unlike many parks that use the terminology, our aptly named Mountain Views At Rivers Edge RV park actually does offer a mountain resort lodge type of feel. Some sites here are privately owned, with folks using them as a “summer cabin” location for their rigs. Here’s a pic of the back of a few riverside spots. 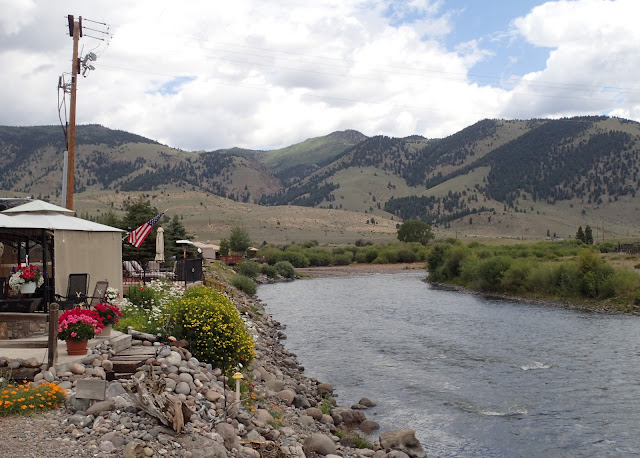 With the gun toting days long gone, today's Creede, Colorado has taken on a gentler approach to life with a notable repertory theatre company and many local artist galleries. This street corner in town is in harmony with that. 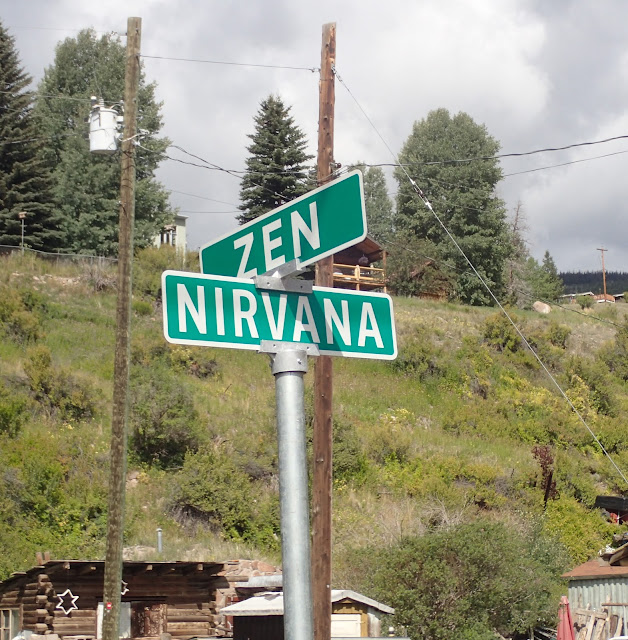