Just north of our rv park in Flagstaff is Sunset Crater National Monument. This place is remarkable. Set in an area where over 600 cinder cone volcanic craters exist, it is a field day of volcanic features. The eponymous Sunset Crater is the newest, having blown its top only 1000 years ago. Cinder cones are formed when a volcano erupts with a huge gas thrust causing the lava to be blasted into the air with a force that shreds the liquid rock into crumbs which fall to earth like hail. The landscape left behind is otherworldly. The colors fantastic. Reds, greys, black, oranges and burgundies.


We had a very cool day, but lovely with clouds, blue skies and remnants of recent snow on the ground and slopes. Those weird snow stripes in one photo are All Terrain Vehicle carved roads on the cinder hillsides. Why that is allowed is beyond me. One of my favorite "finds" was the little yellow flowered plant scraping a life from the cinder covered ground. Another is the incredible old Ponderosa Pine growing a new life out of its own dead hulk. We have been in Arizona for some months now and it has not yet failed to amaze in its diversity and beauty of geology and Nature. 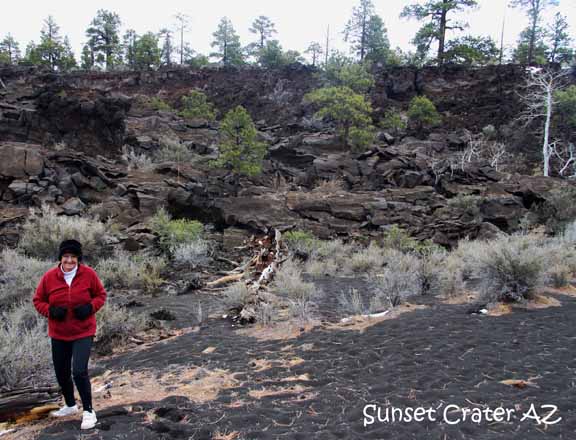 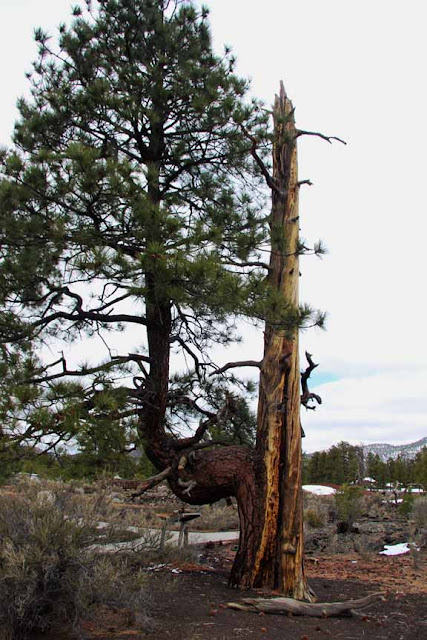 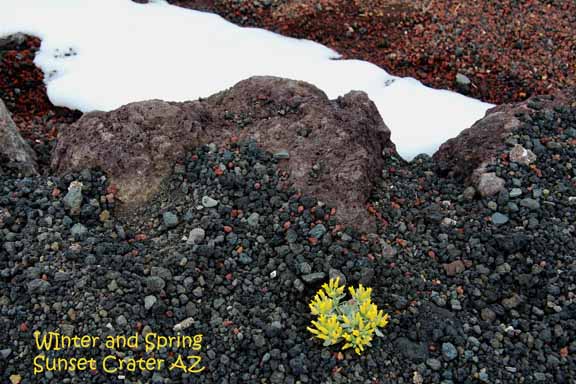 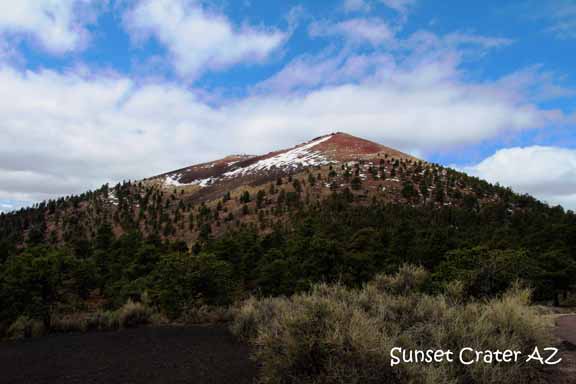