“If anything goes wrong, I did it. If anything goes semi-good, we did it. If anything goes really good, then you did it.” Coach Bear Bryant.
The University of Alabama football program, “The Crimson Tide”, is legendary. They have been at the game since 1892. They have more “Best of This and Most of That” than any other college team. I had been pulled into the Tide due to the great Bear Bryant who coached them from 1958 to 1982, 24 years of my life. He was a wonderful sideline presence and gave memorable press conferences after games with his quotable comments delivered in a wonderfully rich southern drawl. He also could win. His lifetime record is 323 wines, 85 losses, and 17 ties. Today’s program is as, if not even more, phenomenal under coach Nick Saban who has gone 99 wins and 12 losses over the last eight years.
We thought it would be fun, since we were going to be so close at the right time of year, to get tickets to a home game in their 110,000 capacity stadium. Big. Last Saturday, November 12th, we did that. It was so enjoyable. The game was at 11 AM, unusual for this prime time team. We arrived in Tuscaloosa, about an hour from where we camped south of Birmingham, at about 8 AM. The activity was already ramping up. We saw a few tailgating trailers rigged up like food trucks with crowds of family and friends. There was an RV dedicated parking lot we walked through to see folks making gameday camp ready. There were vendors aplenty with the school’s logo seen everywhere. The entire scene bled of crimson colored everything. We then went over to the Quad, the main green of the campus. The University has installed electric outlets in a grid around the Quad and folks have set ups of canopy tents with chairs tables, and satellite TV plugged in to their electric outlet. They come for the pre and post game on site activity but do not attend the game. They watch it on TV. Alabama’s “Million Dollar Band”, as it is known, comes over to The Quad before the game and entertains. Alabama’s mascot is an elephant, “Big Al”. We watched Al dance to a concert by the remarkable tuba section of the large and exceptional college band. A tuba concert. About 18 of them. Wonderful. The game was monumental. Pretty much sold out and 110,000 people yelling “Roll Tide”, a huge and loud PA system playing thumping music, bellowing elephant trumpeting and a trolling death bell whenever the opponent had third and long. Which they did often. Bama won handily over Mississippi State who managed to score one field goal. We had a great time with the experience. Also, we learned how an elephant became the mascot. It seems years ago, an elephant wandered into town in great pain asking for a dentist. He was sent to the dental school at the University. His problem was he had a Tusk a loosa. 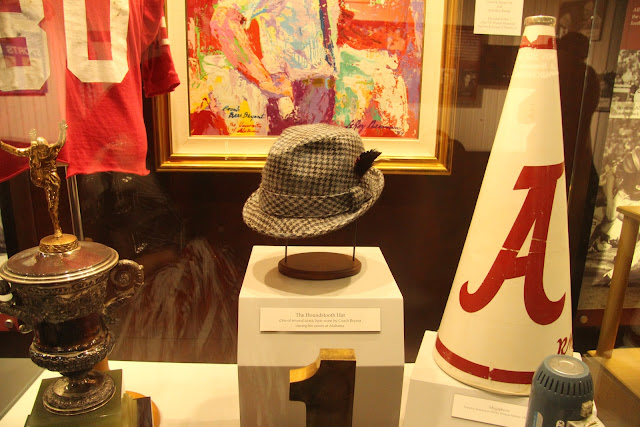 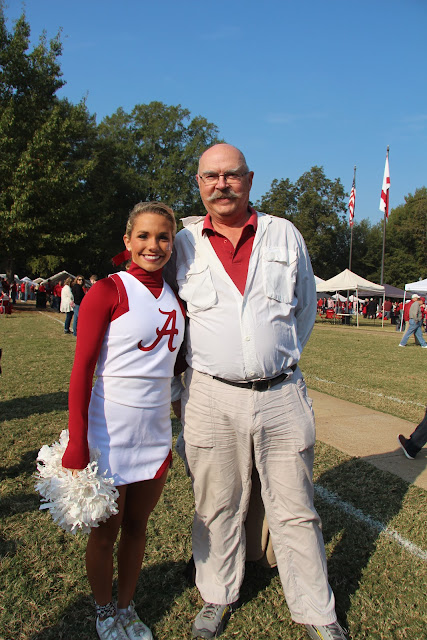 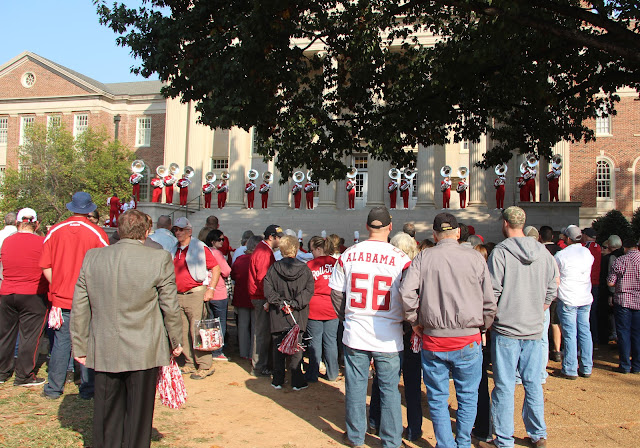 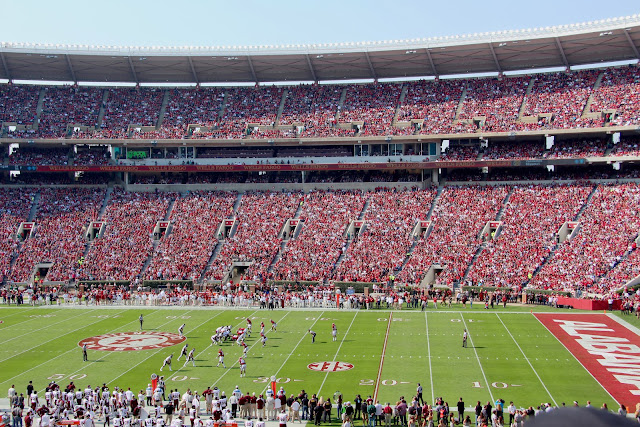 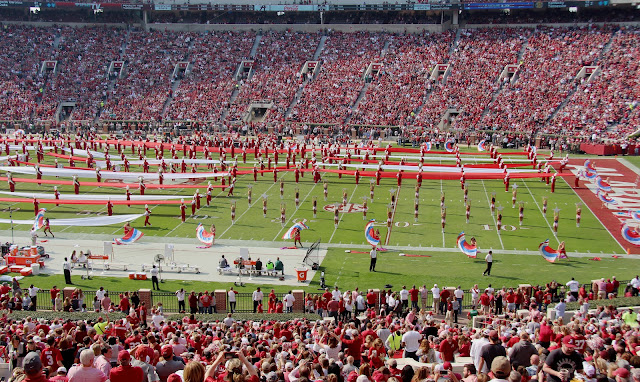