We have just arrived in Alabama after a couple of weeks in Mississippi. Tupelo, Mississippi. This part of the US is in a serious drought. A burn ban is in effect. In fact, Ole Miss extended the ban to include charcoal grills for the tailgaters at yesterday's home football game. That's serious. The weather is unusually warm. Nights in the high 50's and days reaching the 80's. Day after day of this and it is projected to last into mid November. Lucky us...followers of the blog may recall we did not have much of a summer in terms of warmth. we were in the Rockies for most of it and had snow a couple of times and numerous nights in the 30's. This in July and August. So now we get summer. weird. Also weird is the local TV down south here. Mostly auto dealers.

This guy appears to want to look like Trump. 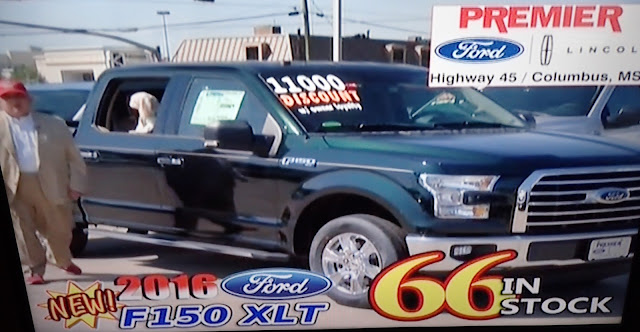 And uses his doggie to seal the deal. 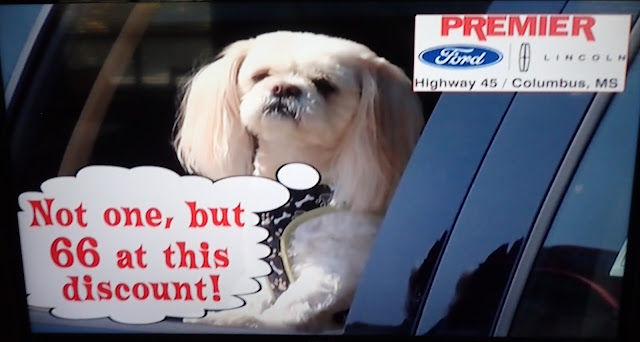 It is apparently popular to feature a dufus male along with a pretty southern belle. 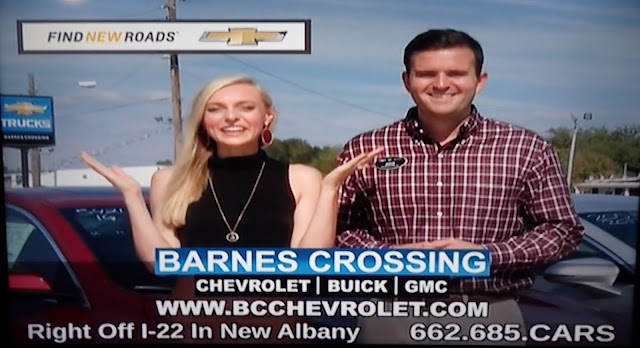 This mom with a home furnishing store had her kids in her ad. The little guy in the costume did not seem to enjoy the process much. 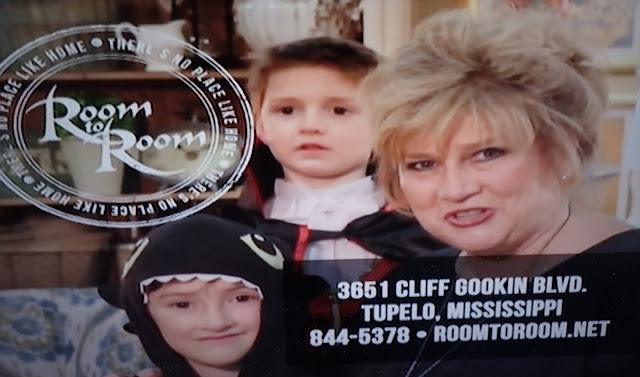 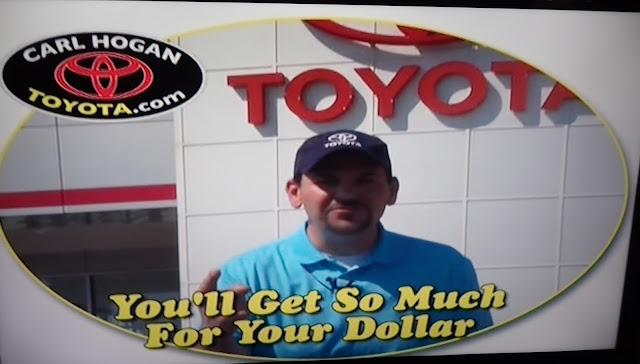 No Bait and switch from this auto dealer...with a fish and some bait as props to make the point. 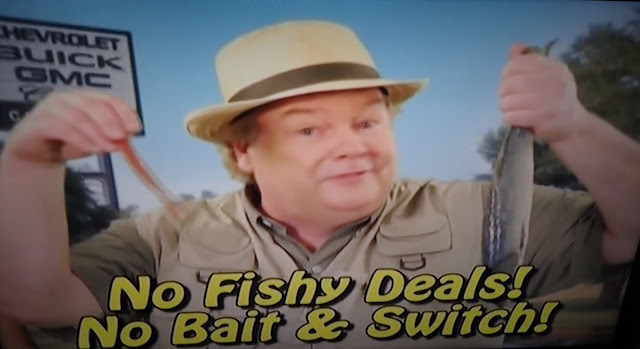 And my favorite, Pap's catfish restaurant, not here to rob you honey they just want to fill your belly. That rhymes, right? The costumes were entertaining. 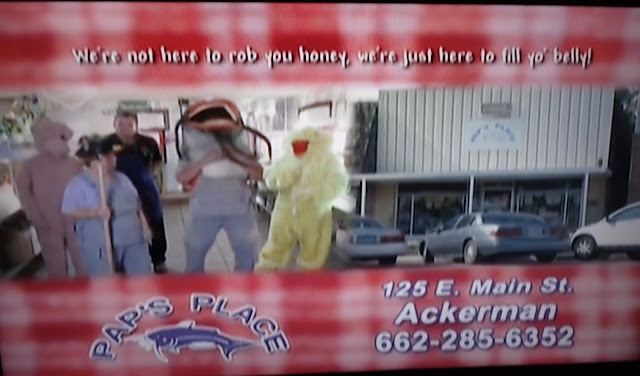 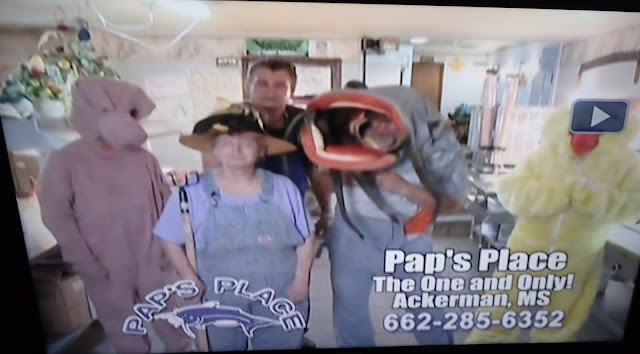