More from the Pima Air Museum. This aircraft was built to replace the infamous U2. Not the rock band, the 1960's spy plane. A U2 was knocked out of the sky in May of 1960 as it flew above Russia.  The US faced world pressure and ultimately admitted, yes we were watching Russia... Amazingly, while the plane was brought down by a Russian missile, the Pilot, Gary Powers, survived and was captured.
So the U2 was pushed aside and this craft was contracted for. Lockheed kind of over delivered. How can you spy at 2,193 miles per hour at 85,069 feet above the earth?
"SR-71A to US Command...We definitely just saw Boris shoveling snow and drinking vodka. However, the pictures are blurred. And...Boris looks very teeny."

Here's the records held by this amazing work from Man's technological mind.

Da plane, Da plane! Note the very serious looking jet engines. Interesting that the LA-DC record was relatively recent. That was set by NASA who used the plane in the 1990's for research on high speed travel. The records show the SR-71A was retired in 1999. However, given the nature of the spy world...if you do happen to see some small spec rocketing high across your sky, don't tell Boris. 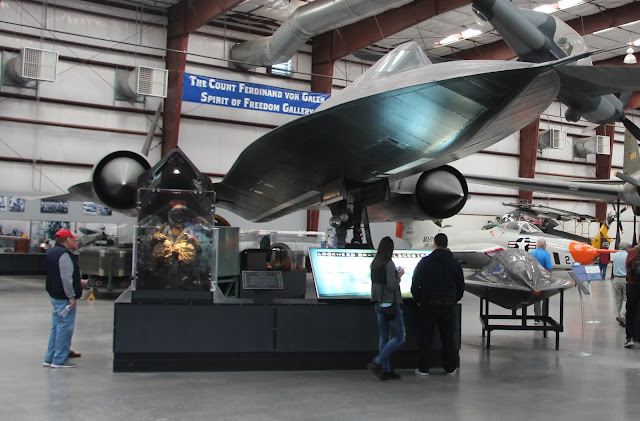