Director John Ford "discovered" Monument Valley as a place to film mood setting scenes for his Western Movies. One of his classics is Stagecoach. It stars a young John Wayne. We had visited the Valley some months ago, as part of our trek. We had taken a tour to get into it as you cannot drive it on your own. It was a sunset tour but with a cloud umbrella, there was not much sunset. Towards the end of the drive we stopped for a view of "The Mittens" two solid buttes with adjacent single spires that have them look like upright hands, and neighbor Merrick Butte. As we gathered, the sun slipped under the cloud umbrella in descent. 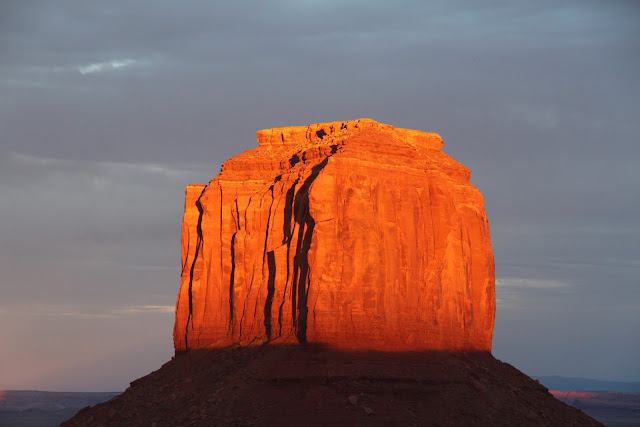 We were treated to this, our current blog logo. This is Merrick Butte then.

We just happened to catch the 1939 film on our TV and here is a screen shot of Merrick. 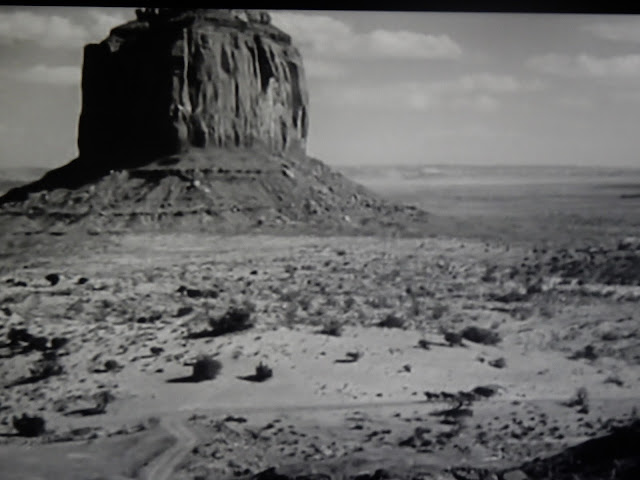 If you follow the road in the lower left corner up and its abrupt right turn, you can see the horse team and rough blob of the stagecoach. As you might expect, Merrick has not changed much since 1939.

Forms of transportation have. Can you imagine traveling distance in this? The real deal as on display at The Arizona History Museum here in Tucson. 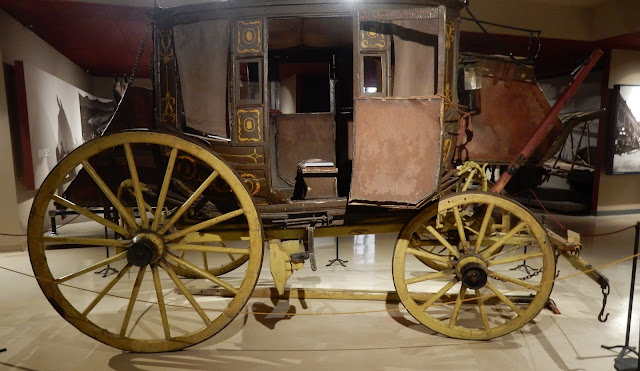