Pronounced Ah-Ho, this way, way southwest Arizona town got it's kickoff to fame from mining. That has been a recurrent story in our travels here in this part of the US, mining the mineral riches of the Arizona earth. For Ajo, it was copper, with a little silver and gold in the mix. Right after the turn of the century,  folks were seeking minerals to mine and some one, or group of some ones from the Freeport Sulfur Mining Company, hiked up a moderate sized mountain south of the town of Ajo.
They found promising ore samples on the surface of the terrain at the top of the mountain. That was in 1916. It was a rich copper ore, ( Jimmy Cagney would have called it "dirty copper"...), and they started mining it. Turns out the whole darn mountain was good ore and they they ground it down and beyond into a pit, ceasing operations, finally, in 1984. From the starting point at the former mountain top to the pit you see in the picture is a one mile distance. The distance across the top of the pit, as it is, is 1.5 miles. 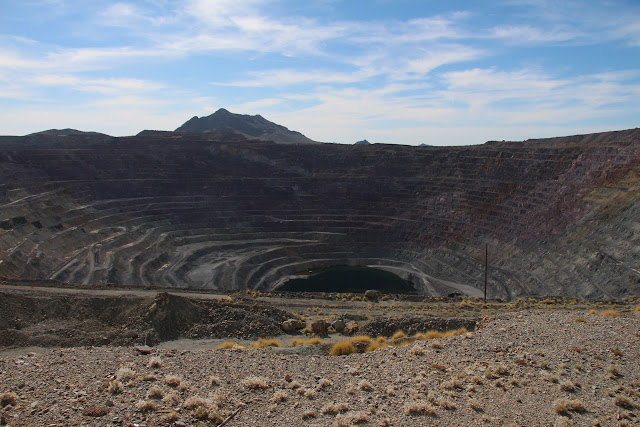 Freeport Sulfer started in 1912 in Texas, ultimately becoming Freeport-McMoran. They are the perpetrators of this scar. It hurts to see this done to our earth, but I guess it is something needed. We can't plug in the toaster without copper wire...better in Ajo's back yard than ours, huh? 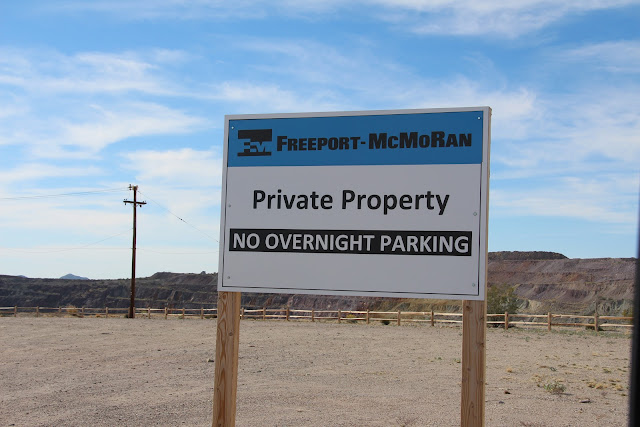 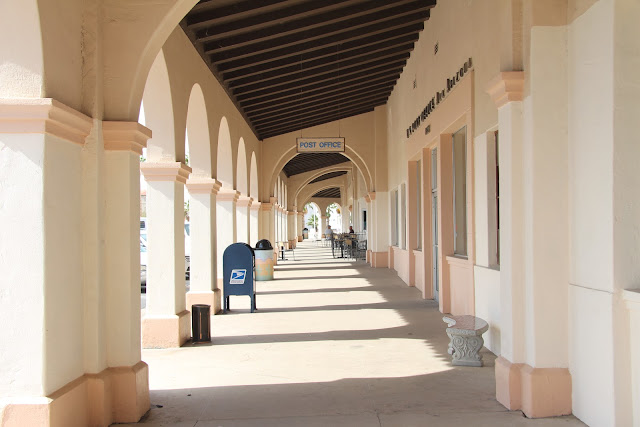 The town itself, has its own charm. There is a local leaning towards graphic art on buildings 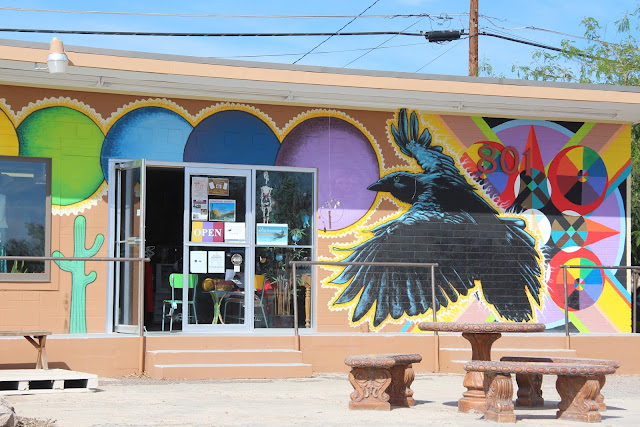 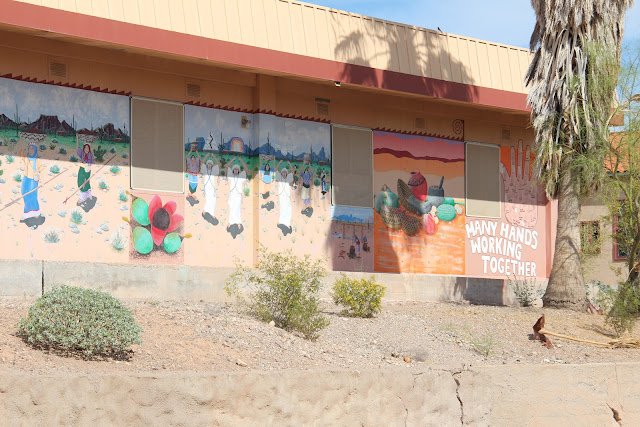 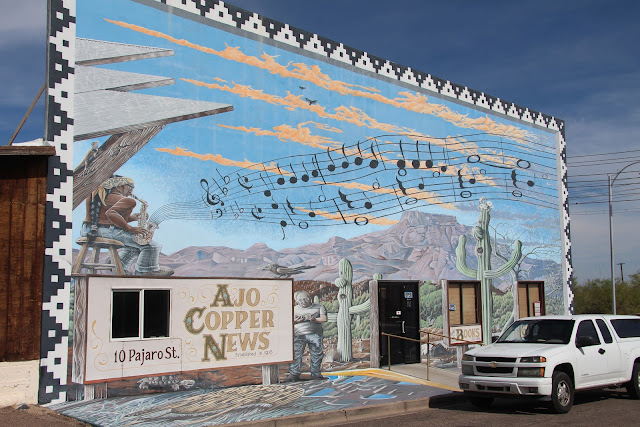 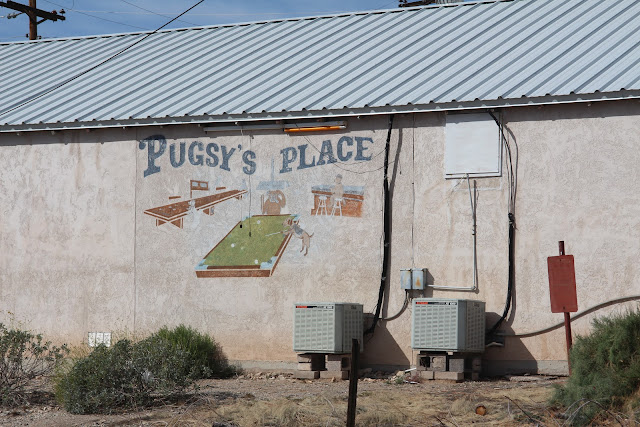 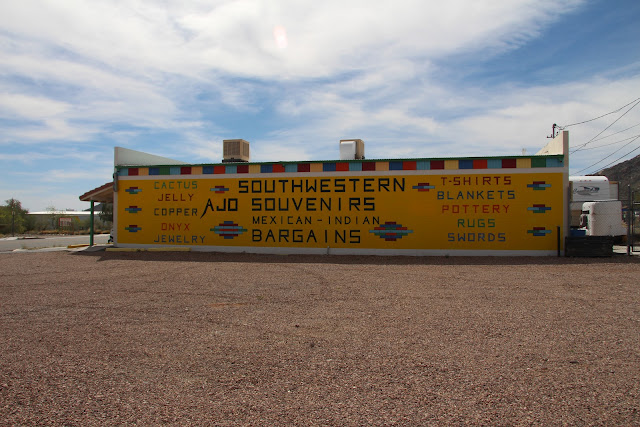 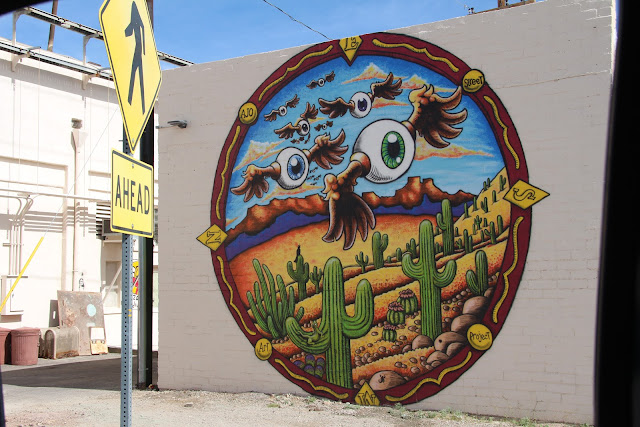 A few houses are colorful, too. 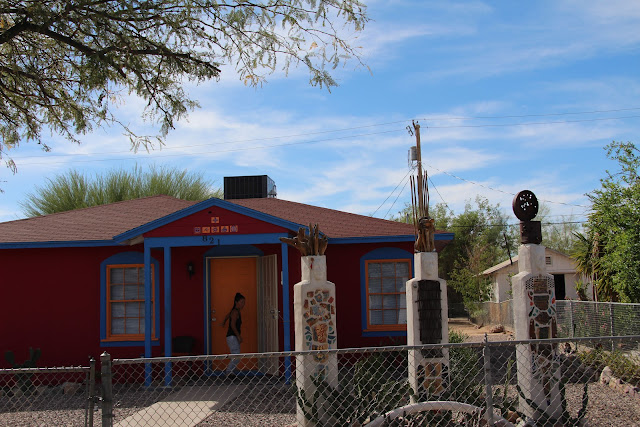 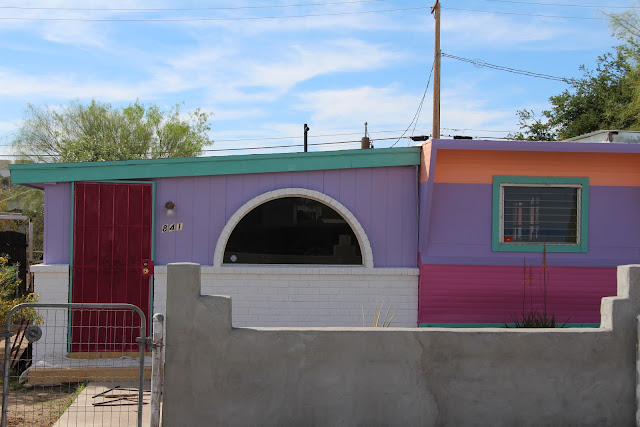 And at the corner of You're Street... 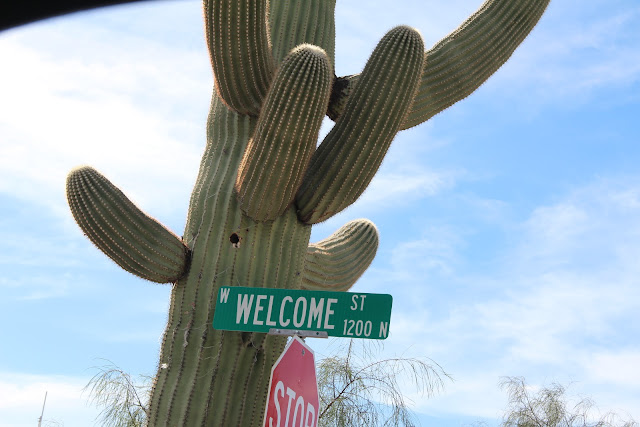 I tried the general store, but it was closed. 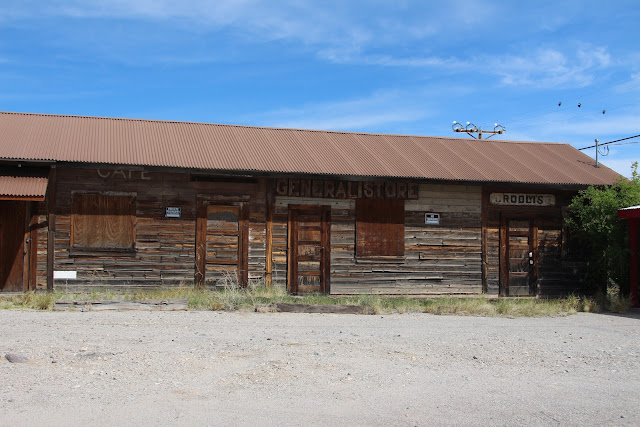 I thought about playing golf, but then, why not spend the afternoon roping a calf? 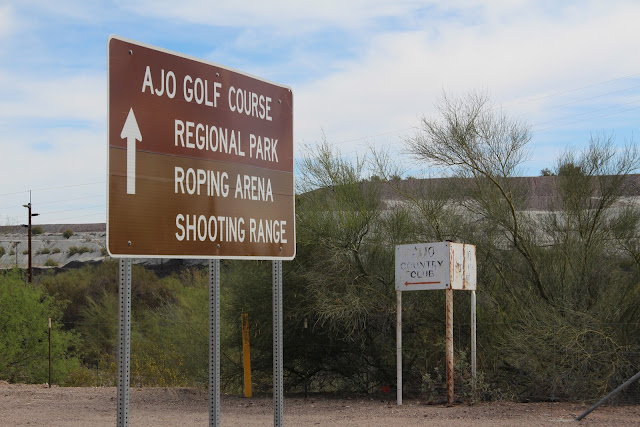 OK...roping arena? but, them ropers do go to church. A nice one it is. 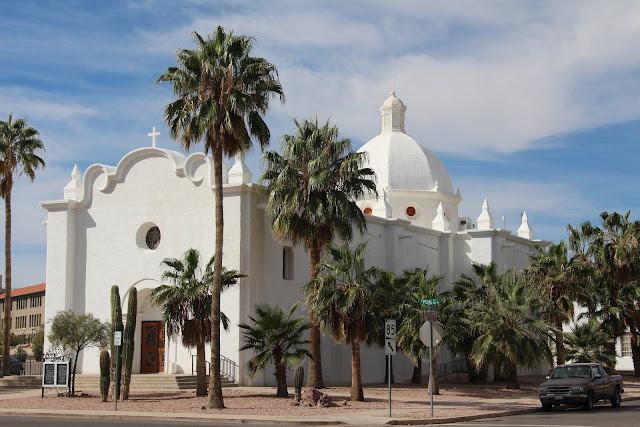 The hillsides around town display nice clumps of the Organ Pipe Cactus that brought us here for the OPC National Monument, which will be a separate post. 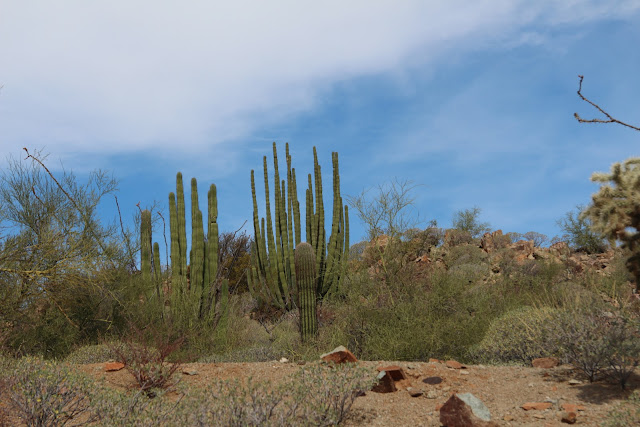 And, finally, a look at living in the desert. Once you spend time in it, it grows on you. You start to think, "I could do this." 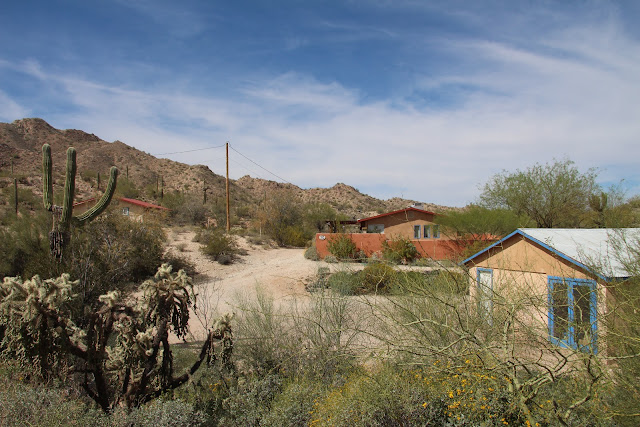