All the state is brown and the sky is grey
It’s all from the smoke everything is ablaze
But you can’t burn concrete, so I’d be safe in L.A.
California Burnin’ on such a windy day
(With apologies to the Mamas and Papas)

Covered well by the news, the state of California, is on fire.  As winds shift, we have been in and out of smoke in our sightseeing drives.  Our state’s resources for fighting the conflagrations will be well tested until the rains return.  But today at Bridgeport, it was spectacular clear. We returned to Yosemite to spend some hours relaxing on the surprisingly soft sand at the beach at Tanaya Lake. Cathy will put up some photos of the “looks fake” awesome views from this lake beach.  Here is a photo from our current campsite of the day’s sunset. ( Clouds, not smoke...) 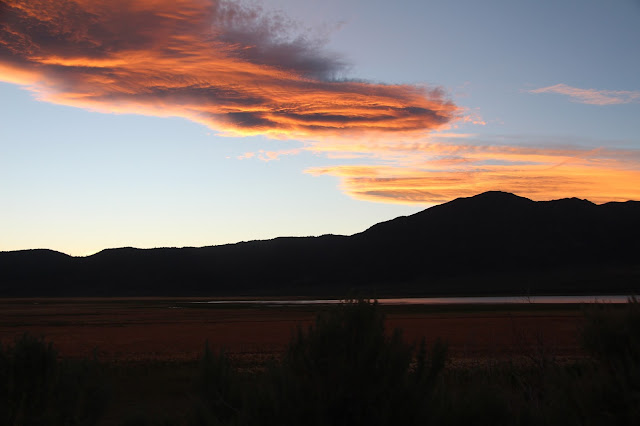